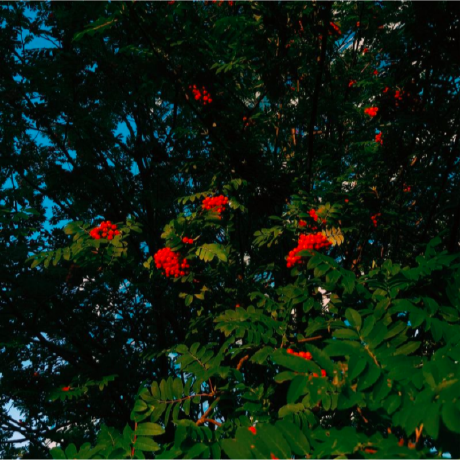 the more things change, the more they stay the same

i always feel like a rock in the river, watching time shape and mold the world and people around me. i watch them grow and evolve while i stay stationary and unmoving. ever since i started becoming conscious of myself (i’m talking like. since i was 7-8 years old), i feel like i’ve never really fundamentally changed at all—i’m still that awkward kid who tries too hard to please people but has an oddly short temper, the kid who gets self-satisfied a little too easily, and the kid that likes escaping from reality. the essence has always been the exact same.

j often tells me that she feels like she’s lived 5 lives at this point, and i wholeheartedly believe her. her story is fascinating, and the changes she’s made to herself equally as unbelievable. her environment is as mutable and ever-changing as her ability to somehow blend into it. f, as well, is almost defined, in some ways, by his self-transformation. he often talks of his younger self like he was a completely person, separate from who he considers himself to be now. this is something incomprehensible to me; i’ve always been the same. like i’m too aware of my casing to ever let go of it.

even if friends point out to me handfuls of things that have indeed changed over the years about me, about my life, i’ve never felt like these changes have made me different. it’s more like a layer of clothing was just peeled off. i’m still the same old sack of flesh and blood, the same old desperately beating heart. and i guess that thought does disappoint me somewhat.

i don’t necessarily think of this as a bad thing, despite the way i talk about it sounding a little bitter. i think it’s nice to be someone who feels grounding to others. i read a reddit post on the MBTI community once, talking about their INFP friend—something about how they’re comforting, because every time they meet up over the years, they’re always still “just the same”. i found that to be so lovely—someone you can always count to be the same as always. someone like a warm spring sun ray breaking into winter, the exact same way it breaks into it every year. over and over. i’d like to be like that.

all of this would be fine if i weren’t terrified of stagnancy. it’s something i’ve fought continuously over the years—ironically (and unsurprisingly) without much progress. stagnancy in singing, stagnancy in technical competence and experience, stagnancy in my awkwardness, stagnancy in my ability to love, stagnancy in my self-confidence. i look at others who are able to relentlessly move forward and find myself in awe. i’ve always wanted to use my own hand to sculpt my future, but instead all that ends up happening is the natural erosion and overgrowth of time shaping me instead.

it’s like—think about sisyphus. obviously, his eternal damnation to the rock and the mountain wasn’t his choice. however, ultimately, he is defined by the rock and the mountain. but how many trips up and down it did it take for his name to be synonymous with his never-ending toil? 5 trips? 100? a million? when did sisyphus become his myth? i don’t want to be like him, but i’m 21 now, and i feel like that’s all that’s happened—shedding insecurities not because i overcame them, but because i became too tired to battle them day after day. being known by the imperfections i was never able to solve.

fear of stagnancy isn’t a thing i always had, though. i know that when i was younger, i just indulged freely in the things i was doing. my mom dragged me to a ton of community centre classes—chinese, drawing, japanese, spanish, rhythmic gymnastics, swimming, figure skating—but honestly, i enjoyed all of them. i loved learning random things. i didn’t really care too much about growth, really, but also that was just partly because i was a little naturally good at most things i’d try at the time. i think the fear and insecurity really only started kicking in when i started looking at others, asking myself, “why am i not there yet?” “will i ever be there?” i think the shame only starts when you love something so much, you start to want to define yourself by it. you want to be deserving of the name you give yourself, of the story you want to tell about yourself.

when i first stagnated in singing after a particularly harrowing overseas competition experience, i literally couldn’t move on with my life. i tried doing other stuff for a while, but i got so obsessed with the fact that i wasn’t improving that i lost all confidence, stopped actually even practicing, but still thought about it—like all the time. i couldn’t find a healthy outlet to enjoy singing for what it was—every time i practiced, it was just like more evidence that i sucked at it. it was so existential for me at the time; it was a horrible place to be.

strangely enough, this was also the moment when i realized it wasn’t just an after-school hobby for me anymore—i wanted to spend my whole life doing it. i didn’t want to be someone who sings; i wanted to be a singer. i recall with amusement now a conversation i had with my sister in high school. she told me that if i was going to be filled with so much fear that i could barely muster the will to practice, let alone stand on stage anymore, that i should just let it go and find something else to do. i was so hurt by what she said at the time (and never even stopped to consider why i was so hurt), but now i know that it was just because she wanted me to be happier. oh, god, the way i bawled during that conversation when she suggested i give up. so silly! (not the crying, but my total lack of self-awareness at the time.)

now that we’re at this point, though, i think it’s about time for me to admit that these feelings aren’t fact—i don’t actually intellectually believe that i have never been able to progress in anything ever in my life. that’s simply not true—i have been improving in things i care about, even if just a little. i’m in school, for god’s sake! i’m literally accumulating knowledge every day.

it’s just that, ultimately, all of this is a perhaps fruitless pursuit of changing the way i feel about myself. changing my beliefs about myself. so i can live happier, prouder, create better. i sometimes feel like i need to be set free from myself, from my brain. my own persistence of state over the years feels like a pair of shackles.

there’s no happy ending to this story yet, if you were waiting for one, by the way. i just found ways to grow around the things i couldn’t move past, found new labels i could tack onto myself in order to maintain a self-image i could still be prideful about. i’ve realized now, at 21, that i cannot live without my pride. i don’t think it’s a wholly bad thing—we all find ways of our own to survive. i keep moving forward, as much as i can. it’s the best we can do. one foot in front of the other. one stone on top of the other. some days it’s really, really hard, but it’s always worth it to try. let’s be patient with ourselves. :)